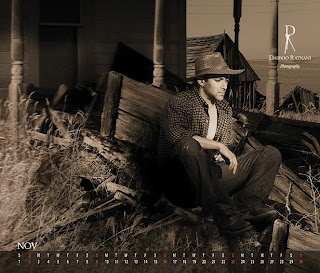 I meant to do a selective rewatch of Wanted this one evening, but enjoyed the movie so much I ended up watching it the whole way through. I'd be hard-pressed to name more than three Salman Khan films as good as this one, which is why I really truly cherish this film, despite the fact that the Southie film fan inside me feels betrayed.

And the next morning I found myself watching Maine Pyaar Kyun Kiya (2005) and was going to write this totally tortured metaphor about Salman's filmography based on these two films and one of the worst films I've ever seen, Marigold (2007) but decided to scrap that in favor of this more general post about the man.

The thing I found out quite early on in my Hindi film obsession is that Salman Khan really splits people. Unlike the other Khans, who have their haters, their lovers, and their more casual fans, it seemed like whether you liked or disliked Salman was a touchy topic for some. The lovers are more vehement, but even more so are the haters. 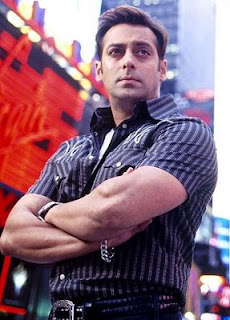 Eventually I found myself positioned more in the "like" column than the "dislike" one when it came to Salman. I liked him a lot in roles he seemed to excel - Andaz Apna Apna, Hum Aapke Hai Kaun, Salaam-e-Ishq, Maine Pyaar Kiya - but wasn't particularly interested to see the mediocre or the bad films of his career. I read his interviews and found him to be really entertaining, down-to-earth and his world views generally simple but honest.

In a nutshell - I grew fond of him. And I became very forgiving and understanding, but not in a super-fanatic manner. It's just that I began to sort of place him in a category of his own.

Like I always say, Salman is as Salman does and what Salman does is not traditionally classified as acting. But strangely enough, that's one of the appealling things about him. I wouldn't say Salman defies definition -- it's more like, he doesn't benefit from definitions.

But so there I was, watching Maine Pyaar Kyun Kiya, a film from that poor David Dhawan "ha ha fake cheating is the funniest thing ever" school of comedy, and it's got a constantly hysteric Katrina Kaif, a mildly amusing Sohail Khan, and the too-good-for-this-movie Sushmita Sen (seriously, she was the best thing about this movie). And I suppose I could ask myself why I'm watching this movie, as I know it's not exactly favourite material.

In my heart of hearts, I know why, though. 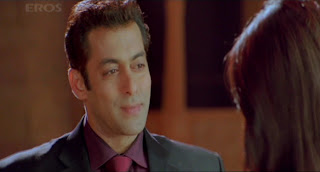 Because I like Salman Khan. I don't love him, I certainly don't enjoy him unconditionally, but the fact remains I do like him.

As much as I sometimes find myself defending that fact, to myself, or to the haters, it's true.

Even if it's a little guilty pleasure, even if I recognize all the flaws others see in him (like the fact he looks eternally tired nowadays, he's involved in more scandals than the Catholic Church, he sometimes only employes one dance move..), the fact simply remains that I like him and I really, really love him in Wanted, which just might be his best movie last decade (no, seriously).

And as far as previous decades go, I've got one word for you: Prem. That about sums it up, no?
posted by veracious at 3:13 PM

I disliked Salman before AAA and then I remained neutral to him because I simply couldn't shake what he did away(being abusive to Aish, killing a man in a traffic accident...) but then I went to India and saw that he is loved by almost every Indian I have met there. It actually affected me. He is not my type of man but now I don't cringe when I see him on screen and even purchased Wanted and loved it to bits.

I found myself nodding along with this post. I was initially indifferent to Salman but as I learned and watched more Bollywood, I became very fond of him.

I would put Wanted and Jaan-e-Mann as his top two performances in my book.

For some reason, every time I talk about Salman Khan I want to imitate Bridget Jones rehearsing for her big party: "Sal-MAN. SAL-MAHN!" Of course she was referring to Rushdie, but still. Anyway, I have enjoyed him a lot more in his recent films than I ever did in his older roles, even in HDDCS which seems to be everyone's favorite at first. I even liked his special appearance in Ajab Prem Ki Ghazab Kahani, thought it was cute. His schizophrenic public image is problematic, but like you I have become more tolerant.

initially i was neutral regarding him and his movies.thn after the controversies i kind of find him dangereous and eccentric....but aftr seeing him in dus ka dum n listening few interviews his brutal honesty his casual fearless attitude is started sinking into my mind.for me salman khan the human being is more powerful thn salman khan the actor thts the reason his fans are die hard and protective about him...as u said admiring salman is a guilt enjoyment and certainly irresistable
my fav movie tere naam,hddcs,mnk,wanted

Don't want to be a bitter Betty, but can we NOT talk about Salman Khan?

I have seen quite a few movies with him (S-E-I, KKHH, Mujsde Shaadi Karoge, Marigold, Partner, Jaan-e-Maan etc.) and he is sort of wooden. I don't like his choice of roles, and I really don't like him.

Although, based on your rec alone, I'm going to check out that comedy he did with Aamir.

i watched Maine Pyar Kyun Kiya for the first time in the Punjab when it released. there was soo much audience participation, whistling, hooting, dancing. I had a wicked time just observing and absorbing that! But Sallu is a capable actor but its when he cries that i start laughing especially in the dopey weepie "Dil Ne Jise Apna Kahan" but he does still hold his appeal for me atleast because of his sheer masala excellence in Wanted!

Surprisingly for a hardcore SRK fan...I don't mind Salman. I loved Wanted (it was my favorite movie of 2009), I love him in KKHH an HAHK...He's actually the only actor whose off-screen persona never got in the way of my movie-watching. *shrugs*

ajnabi - Public image of any star is problematic because really, Indian press can and does write anything and everything, verified/factual or not. And some people will then buy that and sell it as fact to you, and you can't always be source-checking everything. It's difficult. So I tend to just believe what I can see with my own two eyes, be it in films or not. It's tough, though. With Salman particularly. Can't deny he's been in shady business, can't exactly confirm it either, y'know? :/

Anon the first - Exactly! There is something appealling about his persona.

Anon the second - Haha, the title of the post is not to be taken literally. It's an invitation for a discussion, not a DEMAND for it. Salman is not the strongest of actors. But he does his thing, and some of us tend to love him for it.

Rum - I agree, Salman weeping is not necessarily the most convincing. I think he does okay in some movies, I remember he was quite nice and emotional in Jaan-e-Mann.

Anishok - Haha, it's a shame there are fan stereotypes like that.. Who says an Aamir fan can't love Shahrukh, or that Aish fans should hate Rani? Silly business. And more Wanted love! Suberb. :)

you people need to watch some of his less hyped up movies. biwi no.1 for example. he's fabulous there.

I used to be a hater, for no good reason, and then he won me over. Now I'm kind of fascinated by the guy. Jann-E-Mann and Mujhse Shaadi Karoge are the movies that did it for me (something about him and Akki together...)

Great post, you sum up the mysterious quality of Salman-ness well, lol!

I really like your post on Sallu. As you may or may not know, I adore him. Then and now. I honestly think he has a great personality. This also goes to when I met him and what I've read and seen of him. Of course, the negative always outshines the positives

Have you seen Sallu's earlier films like Saajan? Or Kurbaan (not Saif one)? Or even Love? I loved him in his earlier films. Just typing this, I wanna re-watch them.

Salman was always my fav among the 3 Khans when growing (though I also liked Amir a bit). Salman really is a polarizing topic though! Even when I was a kid at school all my other friends would scoff at my Sallu liking lol. But what can I say? There was something appealing about his onscreen characters like Prem, and he just seemed so cute in his old movies.

I can't even pick favourites - AAA, the 3 Rajshri movies, Judwaa, PKTDK, MPKK, SEI, Saawariya, Wanted, that awesome cameo in the awesome APKGK...
But heck I'll be honest I adored him in the obscure ones too like Ek Ladka Ek Ladki, Dil Tera Aashiq (though Anupam Kher & Madhuri outshine him in that one), Khaamoshi, JPKSHH, Janam Samjha Karo.

Sometimes his waytoohypercomedy annoys me but oh well. I think he works well in brooding roles like in Garv, Wanted and Saawariya and wouldn't have minded seeing him in more of those. The doing cute roles phase is over post HSSH I think. I really only liked him in SEI and Saawariya in a romantic avatar (esp that one deleted scene with Sonam & the books in the latter!)

I really intensely disliked Sallu at one time, but now, like you, I may not LOVE him but I do like him, there's just a certain charm about him....

I totally love you for this post! I really don't get why people hate the guy so much.

I don't love Salman but I find it really hard not to like him; there's something so weirdly genuine about the guy. And he can be such a charmer sometimes (like in Salaam e Ishq)

The funny thing is that my six year old sister having watched Jaan-e-Mann and Marigold with me claims to love the guy. She's one of the die-hard fans, I guess.

i believe this post was written before DABANGG. would you like to update it after that? i think he kicked some serios ass there.
my favorite salman role would probably be love, karan arjun or may be kuch kuch hota hai.

I think it's simple...Salman Khan is the a Shammi Kapoor of our generation...critics think he's too silly for their taste...He thinks they don't matter...We think he matters alright...matters a lot!