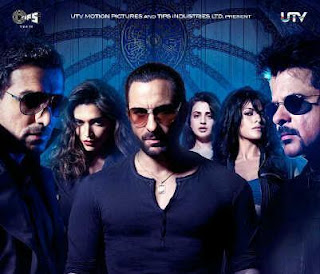 I really could not tell you why I decided to watch Race 2. I'm not a film critic, I'm not getting paid to watch and write about it. I'm also not a fan of the 2008 original Race movie - in fact, I devoted my entire review of it to praising the fact that stupendously bad Hindi films are still being made, and that film being an indicator of just how bad it can get. Race 2 continues this proud tradition, but with all the updated sleekness that I assume a budget twice the size of the first Race film can afford.

Not that plot or characterization is of particular importance in this film, but let's recap a bit anyway. Saif Ali Khan is back as Ranveer, sans his Bipasha Basu as Soniya, though she makes a brief appearance in a flashback. His new rival/friend is John Abraham, an Indian mobster who loves nothing more than money. Deepika Padukone is his half-sister, developing feelings for Ranveer's smooth-talking ways (picture me rolling my eyes as I type this mess). Then there is John's girlfriend, played by Jacqueline Fernandez, who seems to know Ranveer from somewhere. Unfortunately RD, Anil Kapoor's unfunny cop character from the first film, is also back, this time with assistant Cherry, Ameesha Patel.

The biggest problem with Race 2 is that it's actively annoying and insulting to one's intelligence and other senses. I don't think a couple of songs can be even called music - even if you're a fan of electronically altered singing voices, this amount of autotune renders every human effort into hopeless robotic noise that is not pleasurable to listen to, even in a club setting. There's some sleek action that is entirely too reliant on wire work, so much so that it stops being interesting in its defying of reality, and more just unbelievable and dragging on needlessly. In some ways, Saif is more of an uber-capable agent man in this than in last year's Agent Vinod, jumping from windows and from tops of buildings like he's Spiderman. 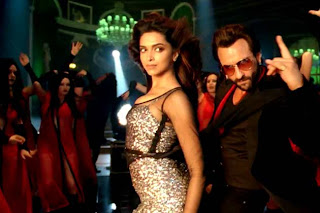 Then there are the twists and the incredibly dumb dialogues we all know and dislike from the first movie. The twists once again make sure you don't really trust or care about any character. There is none of that feeling of betrayal when one character appears to be bad when you previously believed them to be a good guy. In the world of Race movies, it doesn't matter. They'll re-align themselves three times by the time the film is over, so you're better off just about following along and not caring too deeply.

It almost feels a bit silly to talk about performances in films like this, where the dialogues are an insult to whatever modicum of talent each actor on the cast has. I'm sure you've seen the best ones quoted on Twitter or in other reviews, but here's a sampling of the groanfest we've come to expect: "So hot .. I'm burning with envy." "Cherry, I don't have time to pop your cherry." "You're gonna be so dead and I'm gonna be so rich."

Ameesha Patel and Anil Kapoor's plotline is particularly painful since they have set out to ruin fruit as a healthy snack for everybody who enjoys an apple or a banana every now and then. Who thought this was a good idea?

But perhaps the most horrible thing about Race 2 is that it's simply so goddamn boring. It aims to cater to the most base needs of the audience - some violence, some twists, some bare skin (of both sexes) - and fails entirely to actually entertain. It's not so bad it's good, or fun to watch to cackle at the horridness. It's just dull and irritating. 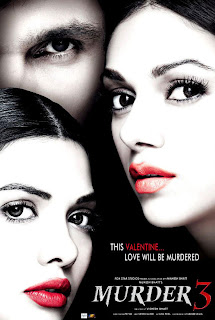 Murder 3, in true Bhatt sequel fashion, seems to have nothing to do with the first two movies, other than the confused title. It is also a very trashy sequel, but manages to at the very least be interesting in its utter stupidity. There is just one twist here, and it's silly as all hell, but it's the type of twist that makes sure you want to see the conclusion to it, no matter how inane.

Vikram (Randeep Hooda on a bad hair day) is mourning over the disappearance of his girlfriend Roshni (Aditi Rao Hydari) by getting heavily drunk. The girl who works at the watering hole he visits, Nisha (newcomer Sara Loren), takes him home one night because he's not in shape to drive himself home, and the two eventually begin a relationship. There is something strange about Vikram's house, however, Nisha soon discovers, and what ever did happen to Roshni, anyway?

Randeep Hooda (who is on a seriously, seriously bad hair day, and I cannot emphasise enough how much this diminishes my enjoyment of the movie) has the odd talent of portraying guys who just seem off in a way, which lends the first half of the movie a strange atmosphere. It feels like every warning bell in Nisha's head should go off, but apparently this guy who lives alone in a house far away from the city, with a girlfriend who's mysteriously vanished into thin air, is just dreamy enough to have sex with (yes, there are sex scenes, in a film from the Bhatt house - I'm as shocked as you are!). Or maybe Nisha's character is written as pointlessly stupid, only possessing a brain when the script wants her to have one. 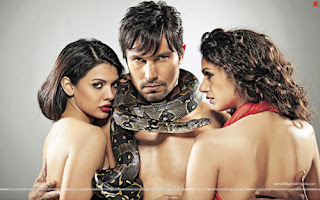 The only shining moments for Randeep (on a continuous, very, very bad hair day) are the scenes where he gets to play drunk, as he does quite a good job of it. Sara Loren is merely okay - she opts for under-acting instead of over-acting, which fools you into thinking she's quite capable, but in reality all she has to do is this blank frown of horror at various noises. It's not great acting.

As such, the film belongs to Aditi Rao Hydari, who I really enjoyed in London Paris New York (even if I didn't love the film itself). Her acting can be over-the-top at times, and her character is written as not precisely the sharpest pen in the pencil case, but at least she tries to spin this ridiculousness into a believable direction, and somewhat manages it. 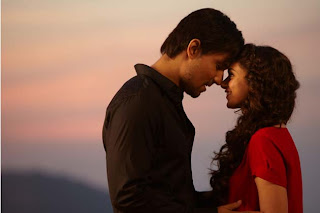 The post-interval twist creates quite an intriguing dramatic circumstance, that made me actually interested in how the film was going to end. It's completely unbelievable and silly, of course, but in a way that kept me hooked until the end, and a part of that was Aditi's better-than-the-film performance. There's another twist the film could've taken, but opts out of, which proves that ultimately films like these are just absolutely horrible to women, and to the female characters they portray. I almost want to discuss spoilers with regards to this film - where it could've gone, and where it opted to go.

Still, the amazing thing about watching this film after sitting through Race 2, is that it seems like a masterpiece of thrilling cinematic story-telling in comparison. I realise it is not - it's a stupid thriller that spins a plot to allow for some "bold" and "daring" sex scenes to be in there, while remaking (officially - to give them credit) a Colombian thriller called The Hidden Face. It does not deconstruct love, the claim made by producer Mukesh Bhatt, as there isn't a tale of love told here - at least not believably enough to count. I'm not sure who I'd recommend this film to. Probably no one - it's a film, it exists, you can watch it, but I'm not entirely sure why you would. Aditi Rao Hydari is good but not that good, and there isn't enough Randeep Hooda goodness here to sate a fangirl of his. Maybe give the Colombian original a spin instead?
posted by veracious at 1:02 PM 3 comments:

Red Salute Blogfest: Watch a film about Naxalites and blog about it in May! 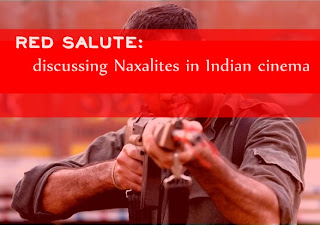 Naxalites are hardline leftist, Maoist activists, terrorists or freedom fighters (depending on your point of view) fighting an insurgency against the Indian state. The movement began in West Bengal in the late 1960's but is currently mostly fought in the jungled areas of states of Jharkand and Chhattisgarh.

I've been fascinated by the cinematic representations of these Maoists ever since I first learned about them, and therefore sought out tons of movies that portray Naxalites. In some ways the Naxalites are a contentious topic; some see them as fighting for the rights of the underprivileged, such as the tribal (adivasi) people living in the areas where they're engaged in conflict, while others see them as taking advantage of these people in order to advance their own political agenda. To some they are just criminals and terrorists, to others they're concerned citizens, being angered enough to take up arms against the state. The truth may be a mixture of both of these points of view.

I figured I might as well not watch them on my own but make a blogfest out of it, so here's how it'll work:


1. Watch a film that portrays the Naxalites.

I'll include a list of films in this post, with notes on the films I own and will be blogging about myself. There are quite a bit of these films, in various Indian languages so if Hindi films aren't your thing, you can watch a film in Bengali or Malayalam, for example. There might be films that I'm not aware of and therefore can't list here, so if you find a film that touches on the subject but isn't listed, feel free to watch it!


2. Blog about it during the first two weeks of May!

You don't have to discuss the representation of the Naxalites in the film, it can just be a standard review like you would normally do. You may also review multiple films, films you've already seen, or about the topic more generally, or do whatever you normally do on your blog.


3. Link me to it, either by commenting here or tweeting @veraciously about it!

I'll read it, and collect all the blog post links into a single post by the end of the whole shebang. I expect I'll probably make around 7-10 posts with my own film reviews.


Pratidwandi (Bengali) This film is probably the oldest film about Naxalite, coming out when the initial movement was still happening in West Bengal. It's directed by Satyajit Ray.

Red Alert: The War Within (Hindi)

Ko (Tamil) Barely features Naxalites but it's a good film so it's worth a recommendation!


Some of these may be difficult or even impossible to find! I've searched far and wide for the "The Naxalites", for example, and a DVD of Laal Salaam seems equally hard to get my hands on. Regardless, there are some very recent examples, such as Chakravyuh, Thalappavu (which is based on historical events) and Red Alert, which should be more widely available. A lot of these are also critical favourites (Hazaroon Chaurasi Ki Maa, for example), so should make for good viewing based on just that. I own the first 8 films from the list, and plan on reviewing them during the first weeks of May!