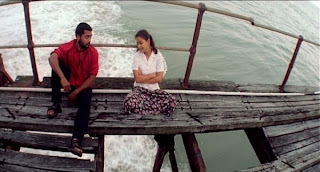 I was somewhat inspired by a little exchange I had with Nicki on Twitter to talk about why I like South-Indian movies, but then, as I sat down to actually write this damn entry, I thought to myself, that's probably not a good question. Chances are, if you're reading this blog, you'll know why some people have a taste for Southie films. Or perhaps, you don't, and you're still puzzled and wondering why a non-Indian person might even contemplate watching Indian films in Tamil, Telugu (sad to say my Malayalam film count remains at the pitiful 1).

But I feel awkward approaching the subject because when it comes down to it, I've seen very few Tamil & Telugu films. I think my overall count is still below 50, perhaps even below 40, and considering how many Hindi films I've seen, that's not really a number to draw any conclusions from. The bottom line, without going as far as to say this or that generalization about these films, is that I enjoy them and they've got actors in them who I enjoy watching. 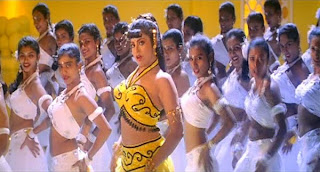 So if "why do I like South Indian films" is the wrong question, what's the right one? Perhaps it's "well, why haven't you watched more of these South Indian films, if you like them so much?". But that'd just lead me to a long, exhausting rant about lack of availability - no online rental services in Finland, shipping from online stores typically costs a lot, I often don't have the patience or the knowledge to do online piracy with obscure titles, plus finding subtitles can be a pain. So that's also not a very good question.

It also comes down to interest if I'll be totally frank with you - when my Bollywood interest/obsession was in its infancy, I didn't want to watch that many films because I didn't know that many titles, or actors or directors. I had no idea whether this or that or other film was something that'd interest me. With Southie films I'm largely still in those initial stages of enjoyment. I like films, I know some actors, but I've not yet hit a stage where the obsession is sprawling into multiple directions because I want to see more of him and her, and that director, and these two did a movie together again, yay, I must see it, etc. So when I don't know the players that well, when I only have those couple of favourites, it's hard to expand. 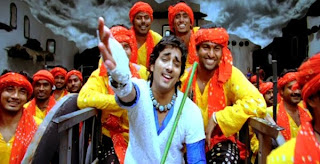 I suppose another good question to ponder is, what makes these films so different from Hindi films, which have managed to gain a global audience and an awareness for the label "Bollywood", even as the brand name so often misrepresents the varied film industry as a whole. I think that is mostly just about perception. I'm with the man in the above screencap, who often speaks out on the topic of how Southie films are perceived to be of lesser quality in the North. There's really not that much difference. Certainly, there are differences - in story-telling and interpretations and hero stereotypes and heroine's roles and target audiences. But in terms of good films, bad films, star-studded films, item numbers, catchy songs and talent, I think film industries in India suffer often from the same problems and have the same successes.

I wouldn't go as far as to say suggesting this is radical but it is interesting how the differences are often exaggerated and underlined, either to prop up the regional cinemas' uniqueness and quality when compared to the Hindi films, often perceived to be produced to the NRI-audience, or to underline the superiority of the Hindi-language cinema and its status as The Film Industry in India. I try to take a balanced, non-fanatic view on this. There are differences, but not enough to think regional cinema comes from a different country. Perhaps the problem only comes in when you start ranking the industries (not in terms of personal preference but a perceived objective quality) and Hindi films are too secure in their superiority over the regional cinemas. I think both could learn from the other, but in different things. 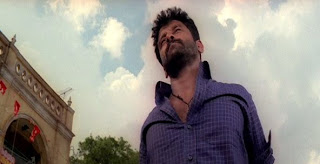 Well, that's nice, you might think. Prattle on some more, why don't you? You haven't really answered anything in this post! But ah, my dear readers, such is my philosophical nature. For your benefit, I shall answer one question I am sure you're all tossing and turning at night, wondering about:

Why is Vikram so incredibly good-looking?

I answer: because the world would be a very cruel and unfortunate place, were he not. 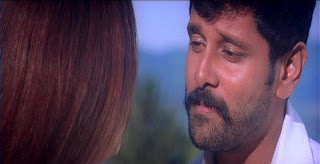 I hope this satisfies your thirst for knowledge.