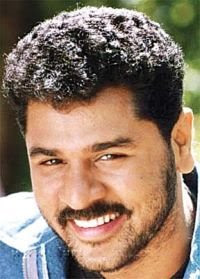 If you're a Western Bollywood fan, or an Indian person with international friends, or simply anybody with friends, co-workers or family members who enjoy sharing the funniest clips they find on youtube, chances are you've endured the phenomenon of "Benny Lava".

Long story short, "Benny Lava" is a youtube video of a South Indian song picturization (Tamil to be specific) with actor Prabhu Deva shaking a leg. What makes it a classic viral video clip is the "misheard lyrics" added by youtube user "buffalax", essentially hearing the Tamil lyrics as English one. Originally the song is called "Kalluri Vaanil" from the Tamil film Pennin Manathai Thottu (2000).

With 13 million views on youtube, this is just the kind of internet phenomenon that is pretty difficult to avoid. But since I hadn't really seen this viral video discussed on any Bollywood blogs I frequent, I was wondering how people "in the know" react to it? Is it cool to hear non-fans of Indian cinema suddenly know who Prabhu Deva is and praise his dancing skills? Or does it make you groan, knowing a lot of people's enjoyment of the video isn't because they think it's cool but because they think it's cheesy and silly?

Or if you are a random surfer who is not into Indian cinema, are you genuinely enjoying the music and the visuals, despite the silliness of the "English" lyrics? Has this shaped your ideas of Indian cinema in general?

My own reaction is usually exhaustion as I attempt to start a conversation that never quite results. "It's actually not Bollywood, it's in Tamil, a South-Indian language, the guy is called Prabhu Deva, he's a famous dancer and choreographer, he directed my favourite Telugu movie.." I always want to attempt establishing these facts, and make the person learn a bit. And I refuse to join in on the "look at it! it's so bad and odd!", because quite frankly, I find it insulting. The reason why this is exhausting is because very rarely does anybody actually go "oh really?" - it seems like the information goes in and goes out the next moment, and the next time I mention watching Indian films, they will again tell me "oh do you know Benny Lava?".

And bottom line - I really don't enjoy one of my biggest interests being reduced to a youtube joke in the minds of so many people. I really don't.

The best case scenario, I suppose, is that these Indian film ignoramuses begin watching more Indian films and discover they're much more than weird youtube clips. On the other hand, if their starting point is masala potpoilers from Tamil Nadu, I'm not sure they'll find anything that will shake their prejudices. Prabhu Deva is a charming feller and a fantastic dancer but I don't think his body of work is exactly awe-inducing in terms of quality.

But I'll try to stay positive: a friend of mine recently asked me to put together a playlist of Benny Lava-esque songs. I promised I'd do my best, my music library isn't vast but I am sure I can put together some groovy, electropop-style Indian film songs. (Leave your own suggestions at the comments, I'd be glad to hear them.) I have to take it as a sign this viral video might be making some people more curious about Indian film music, and that can never be a bad thing.
posted by veracious at 6:49 PM 14 comments: