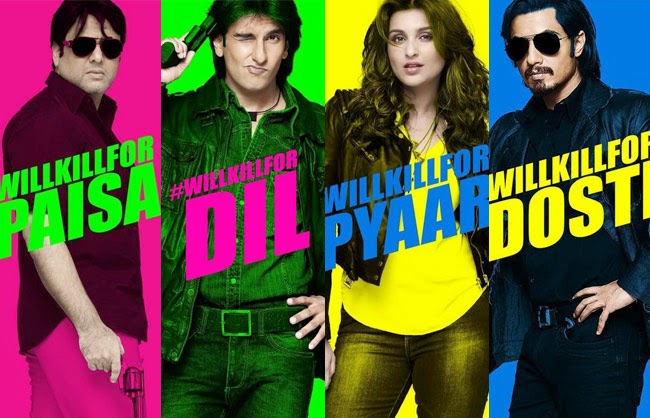 So it finally happened: Shaad Ali has has a misfire that I actually agree with the haters on. Jhoom Barabar Jhoom was a film not everybody was on board with (critics and audiences loathed it, but it gained a cult following that cannot stop rewatching Ticket To Hollywood), and Bunty aur Babli is not a universal dil squish, either, but I legitimately found myself telling a friend earlier this year, "He hasn't made a bad film yet." Well, he has now.

Kill Dil arrives limply clichéd from the get-go, but never catches fire in terms of story, visuals or emotions. The tale of two rascals (Ranveer Singh & Ali Zafar) separated by one of them wanting to turn good as love conquers all (Parineeti Chopra) while a father figure disapproves (a spry Govinda performance) just never really goes anywhere interesting, and it's a shame.

I get the sense it's trying to occupy some clever mid-ground between being an unapologetic tribute and/or parody to 90's cheeseball actioners and a more modern take on an age-old story, but it never reaches the point of just being a story you buy into. Instead, everybody in the film falters when the story provides such a shaky surface for them. Ali Zafar is good but doesn't frankly get to do much, Govinda has some great moments but his character is unlikable, and the main pair simply doesn't exude much of anything, despite trying very hard. I wish I had an explanation for why this doesn't work besides the obvious two: don't center your movie around cold-blooded murder, and aspire to be more than a tribute to older films. 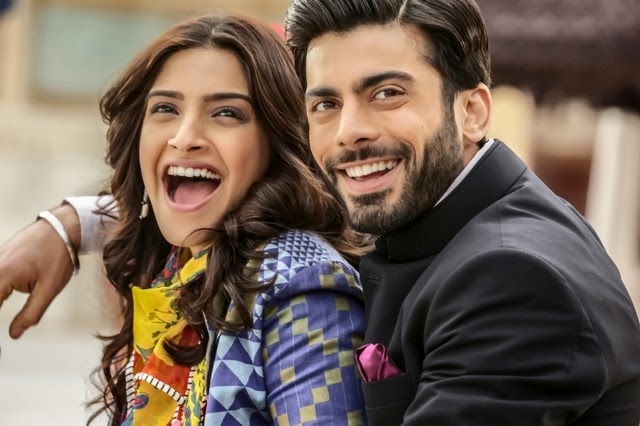 Khoobsurat at least partly succeeds in being a part of the genre it aspires to be: a Disney princess romance in the 21st century. Sonam Kapoor's Milli is a your standard young adult novel heroine, sub-sect Mary Sue batallion. She's clutzy! She's good at her job! She cares about other people but has zero social skills! She says the wrong thing, it's awkward! A cute guy (newcomer, way-too-good-for-all-of-this Fawad Afzal Khan) is annoyed by her at first but really likes her, though, because she's just so lovable.

I liked this film for the fluffpiece that it was, and then I got increasingly impatient with it. I realised quickly I was no longer a young girl, but a young woman; I no longer want to be a princess. I can't believe in these inane fantasies anymore unless they have some sort of characterisation and fantastic acting behind them, and Sonam doesn't quite get there. It feels uncomfortable to watch her try; the best of acting is so effortless, you aren't forced to think about it as you watch somebody emote their way through a fairly simple scene. About an hour in the movie had lost me, and I wasn't going to be swept away by it. Ah well. 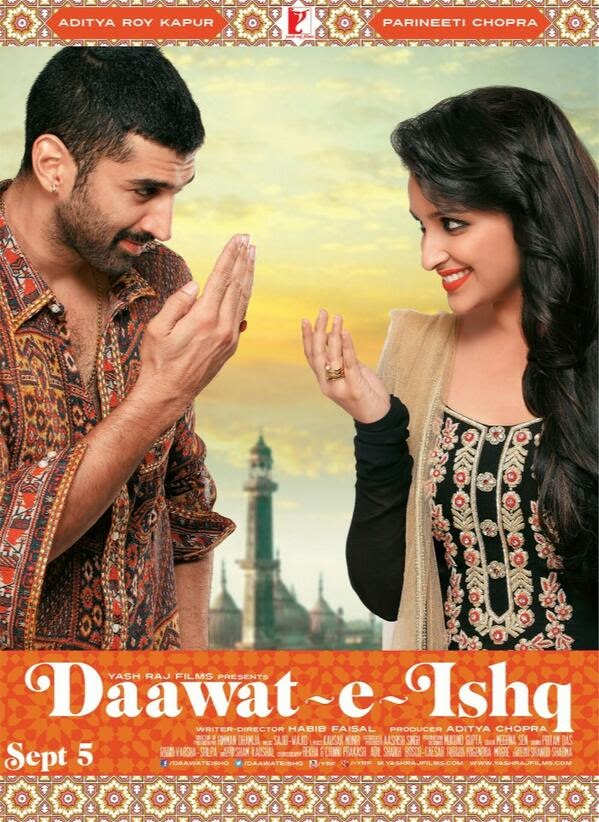 What a strange year for Parineeti, to start out as one of my absolute favourite newcomers of the past years and then end up with a confusingly mixed resumé towards the end, completely outdone by a woman whose first film was my worst film of 2012 by a long, long shot (Alia has come a long way, hasn't she?). I wasn't particularly into Hasee Toh Phasee, Kill Dil was disappointing, but hey, at least she had this one. Daawat-e-Ishq, a feast of love, was a vaguely food-themed movie that touches on the issue of dowry, and ends up being a modestly lovely little romcom. At the same time, however, it's all just so unmemorable I almost struggle to come up with other adjectives to describe it. There's some cuteness, delicious food scenes, and some solid acting by both of the young leads (Aditya Roy Kapoor).

The big conversation of the past few years has been the continued success or lack of success of the new generation of actors. Looking over at Parineeti Chopra's filmography, she seems destined to pick films that aren't quite amazing, and therefore never display her skills in a way that her fans, such as myself, would quite hope. It's quite easy to say "pick better movies" but who knows what kind of offers she's even getting. I still continue to hope for good things for her; she's got a spark that I think is missing from many of the other newcomers, so I hope that her presence is here to stay.


*
As the filmi year 2014 draws to a close, I'll be writing up my year's end post, and once again must apologise for not maintaining the blog as diligently as I probably should've. Still, I did a lot of travel this year, as well as a lot of work, and I even crossed some things off my bucket list. I've also got some movies I've yet to write about - including my favourite film of the year.

Talk to you soon.