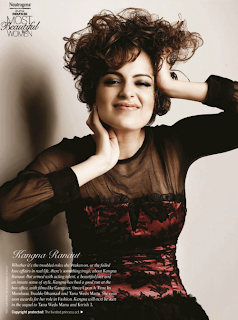 [This is the post you write when you really don't know what else to write about - essentially, one of those exercises they always make you do in writing classes, just writing whatever comes to mind on that moment, clearing your head. ]

I really want to see Agent Vinod, not just because I've been waiting for it for a small eternity but because, well, I feel like I want to believe in a film again, and also wow, remember when Saif used to be good? You might not, it's been like six years, six goddamn years! Unbelievable. And also, remember when Salman wasn't good? And now he's in pretty much everything and he's always pretty much pretty good, or you know, Salman good, which on the scale from one to Salman is pretty friggin' Salman.

I don't know, it just comes back to that old problem of having to keep my distance because my access to films is so limited. There's no use in getting swept up in the hype when forced to wait for a DVD release and I don't want to get all, "you don't know how lucky some of you are, kids" but hey you don't know how lucky some of you are, apart from those of you who aren't, and come to think of it, a lot of you might be worse off than me in terms of Indian film shortages so what am I even talking about it.

I was talking about Robot with a friend of mine who also saw it at the film festival I saw and we had the best time just recalling everything that happened and everything that happened that didn't make a lick of sense (which was most of it, to be honest) and I just kept wanting to show my friend some Shankar films that do actually make some sense because I guess I just want to make sure that she would understand why I don't think his films are as rubbish as Robot kind of was, in terms of characterisation and story, and don't you just hate it when people - whoever those people may be, fans or haters or whatevers - assume that's just how Indian films are, senseless and pointless? Like yes, some, of course, Hollywood has got Fast & Furious, too, and did you see Transformers 2 (I didn't) but still there's characterisation there and

Wow, I really should rewatch Lagaan. I always wonder what are other people's "I really need to rewatch that" films because I feel like I'm personally always just rewatching some and then letting others rot in my DVD shelf even though it'd do me good to re-evaluate how much I like them now, like Beth mentioned Jaane Bhi Do Yaaron and I was like "holy hell I saw that way back when I was a newbie and liked it but did I even get any of it? I got that it was a dark comedy and Naseeruddin Shah as a youngster" so anyway I guess my point was that I need to rewatch that.

And also I guess Naseer-saab wasn't that much of a youngster in JBDY but you know, I'm a young kid, I ride shotgun.

It's been such a long while since Bollywood stars have made guest appearances in my dreams and that's pretty sad in a way, like you always hope that you end up with dreams full of magic and wonder, but the other week I had a dream where I just made awesome to-do lists and worse yet, Vikram was not on that list and

..now I am really uncomfortable with that joke even as I made it because again, being such a youngster, I'm reminded, Vikram's older than my dad, so like

These things are best just not thought of at all. But I do genuinely want to see Agent Vinod, and I should hope it's a good film. 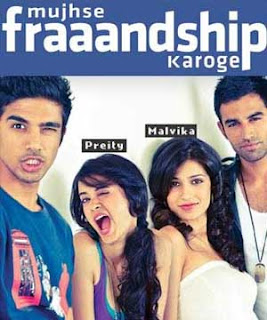 Buzz or hype are both ridiculous-sounding words for a very real phenomenon, which can often make or break a film-watching experience. If you've heard a film praised to high heavens, it can be hard to reconcile the fact that you didn't find it that good. As a rule, I tend to avoid reading that much about films before seeing them, to avoid this, but sometimes, you've really got to glad for the existence of buzz.

This is one of those times.

I'm sure not that many of us have been keeping a keen eye on Y-Films, Yash Raj Films' youthful out-shoot. Their first film, Luv Ka The End, wasn't exactly popular with the audiences. But thankfully despite this, some people did go see Mujhse Fraandship Karoge (that's three A's, just so you know!) and reported back, and that reporting back seemed to unanimous: this is a fun, little film, definitely worth seeing.

And so, with this little online buzz behind it, I checked out MFK and also found it delightful. The premise is a bit of silly spin on You've Got Mail, which was in itself a silly spin on The Little Shop Around the Corner: two people, who in real life loathe one another, and are constantly running into arguments, interact with each anonymously via other means (in this case, Facebook) and discover to have great chemistry together. You can see the premise coming a mile away, but the way the film deals with this and the complicated little web of lies the leads form, is refreshing. The film is well-directed, well-edited, and well-acted. It doesn't reach for mountains but manages to be a better film than a lot of films with bigger budgets and bigger stars.

So consider this short review another push for more eyes to see this flick. It's not without flaws (for example, I had my doubts whether the film portrays the hip youthful college culture as accurately as it wants to), but it aims for something and absolutely succeeds in that aim, in my eyes. It's a good, fluffy Hinglishy film, that doesn't fail to entertain.