A month in India, part 6: Biriyani. 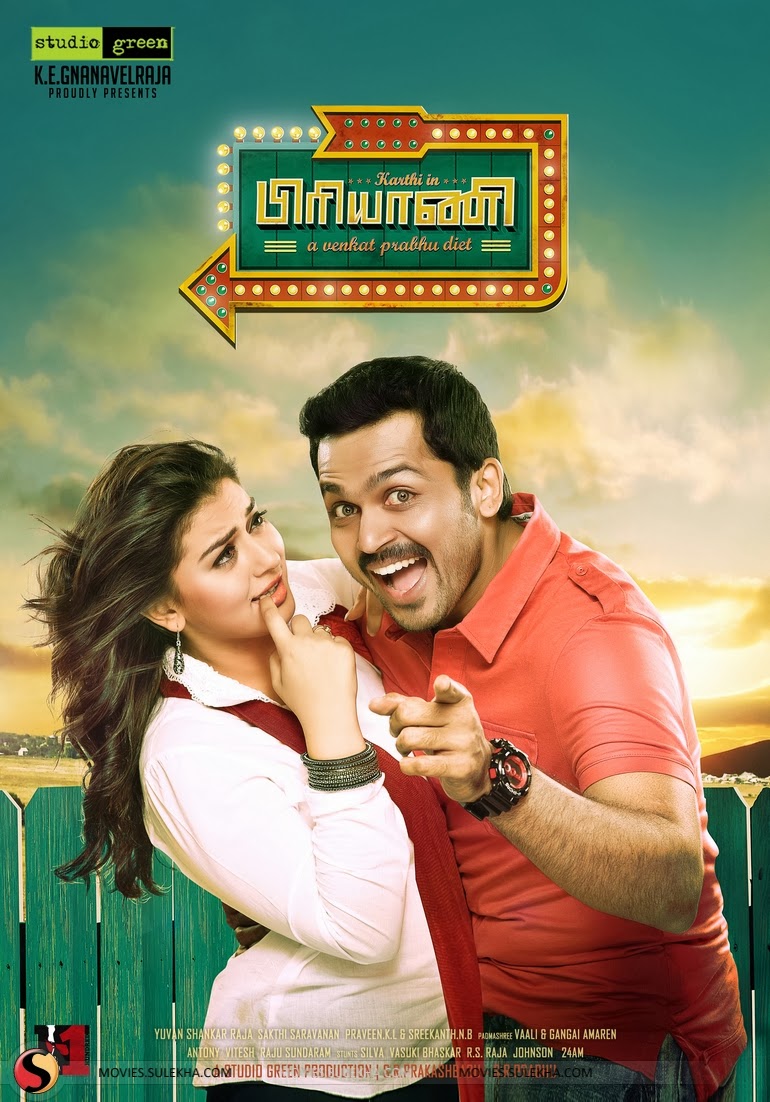 It's quite rare that a film that takes inspiration from another film actually references the film it was inspired by, so I was surprised to see Biriyani actually have its characters watch a few scenes of The Hangover, while at a party. Best friends Sugan (Karthi) and Parasuram (Premgi Amaren) wake up one morning, with a hangover, and only flashes of memories about the events that took place after they ran into a beautiful lady while getting late night biriyani. Turns out, during the course of the evening, they've become inadvertently involved in something big, and now they have to run from the authorities, all while trying to figure out precisely what happened during the evening, and who's at fault.

Of course, before any of this unfolds, we have to sit through scenes of their friendship and dynamic, in which Sugan is in incorrigible womanizing asshole, despite having a beautiful, sweet girlfriend in Priyanka (Hansika Motwani), who Parasuram also likes quite a bit. Parasuram is, in a word, a total loser, and Sugan is the go-getter, aided by his good looks and easy nature at every turn. They're not the most lovable bunch, and even though there is some comedy in their antics together, these are not characters you necessarily root for in such a way that when the plot turns serious and full of conspiracy theories, you actually care about what happens to them. Character development is slim.

The saving grace of the film is probably the catchy soundtrack - Ilayaraja's 200th, in fact. But otherwise, the list of flaws is a mile long, despite the fact that when I was watching, I wasn't too bothered by them. In retrospect, though, the film starts out merely okay and gets messier and messier towards the end. The final frame of the film makes absolutely no goddamn sense, even when I poked my movie companion and Twitter friend Bala, a native Tamizhan, to explain things to me.

Later on, during my brief time in Chennai, I enjoyed both an intense hangover and a meal of biriyani, and enjoyed the latter almost as much as I did not enjoy the former. All's well ends well, I suppose.
posted by veracious at 12:22 PM