Thoughts on awards, functions and what any of it means.

Sorry for blog silence. University stress hit me like a ton of bricks and my head hasn't been in the right place for Indian film watching/pondering. Except now. Thanks for the overwhelming response to the celeb Tweet posts, I promise I'll try to do more in the future. 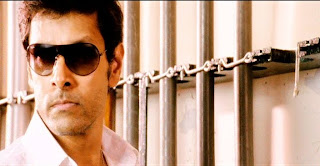 So news hit today of various National Award winners and though I haven't seen that much response coming from people who enjoy Bollywood, there is some, and it is somewhat puzzled. People are used to thinking of Filmfare, Stardust etc as fluffy award ceremonies - watched for the stars, the performances, the red carpet photos and acceptance speeches. Nobody is necessarily under any illusion that the best movie will win, or the best actor, or indeed anybody. And yet the consensus seems to also be that it's nice to see your favourite films get a bit of honor.

National Awards is a different ballgame. This is the respectable, considered stuff. This is the stuff some Malayalam film you've never heard of wins. This is the awards Shyam Benegal has piles of in his cupboards. This is the awards that truly seems to look at Indian cinema at a whole; all industries. Therefore the winners are typically from Tamil, Telugu, Malayalam, Bengali.. the biggest non-Hindi industries, with the occasional Hindi winner here and there (for example, the category for Best Popular Film Providing Wholesome Entertainment is pretty much always a Hindi film). The winers are typically from alternative, more arthouse cinema.

The reason I lay down these basics is that it seems some people are puzzled and a bit miffed that Priyanka Chopra got the Best Actress Award for Fashion. It does seem a bit odd. If they are looking at all 2008 Indian films, it would seem odd that Priyanka Chopra's, whose skills have frankly never really impressed me, rates above all of them. I haven't seen Fashion, but even so. I'm not against her winning; I just find it somewhat surprising.

With that said, I'm stuck because I keep landing on the question; does it matter? 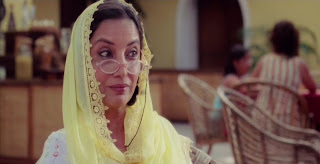 The pictures in this post are of past National Award winners (none in the films their won for). Vikram won Best Actor for Pithamagan in 2004 and the next year, Saif Ali Khan won the same award for .. wait for it ... Hum Tum. Shabana Azmi has won Best Actress more times than I can count.

Vikram I'll honestly agree with, because I think even if I distanced myself from my insane love for his masala fare, the step he took as an actor in Pithamagan and Bala's direction complementing it is well enough. Saif's an odd choice. Especially for Hum Tum. I mean, I love him and I adore the movie - it's among my most rewatched Bollywood flicks of all time - but ...a National Award? In the same year he had Ek Hasina Thi? Oh, if only they'd known to wait for Omkara..

So there have definitely been quizzical choices in the past. And I'm sure every time somebody you've seen in a movie that didn't blow you away will grab one of these, it'll be a bone of contention. If it's a Southie flick you've never heard of, you're not likely to argue the issue, right? 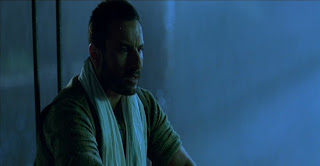 But as I asked before, does it really matter, what wins and what doesn't? Be it National Awards, Filmfare, Stardust or Na-real? The more the global media is getting psyched about the Oscars and whether Avatar (ugh let's not go there again) will sweep it, the less I realize I genuinely care. I mean, don't get me wrong, I love some Oscar-winning films a ton. And sometimes those awards, be they from European movie festivals, Indian award ceremonies or the Oscars, make me appreciate the films I love even more. But in general, I don't really care. I rarely end up watching the Oscar-winning films. I don't necessarily even bother to keep up with what's winning what on the Bolly side of things.

What makes a film stand the test of time? I mean, we forget about stuff all the time, because there's only so many things you can remember. I suppose the worst thing for a film is not necessarily to bomb in the box office or not win any awards, but to be forgotten in the public consciousness. Not be remembered as a film worth watching, or simply not remembered at all. I remember looking through the list of past Filmfare winners and noticed some films I'd never even heard of. Consider for example, Be-Imaan, which swept the Filmfares in 1972. You seen it? You heard of it? '72 being the year of such films as Seeta aur Geeta and Pakeezah. How come those two are much more well-known and watched than this award-winner (as far as I know anyway)?

I don't know, how do you feel about this? Do awards matter in the long run? Or are they just good for entertainment, a bit of TV programming with stars, glitz and filmi jokes? What truly makes a film classic, one people will remember decades from now?
posted by veracious at 10:34 PM

I don't know, really. I'm torn between wanting genuinely amazing people and films to win awards (not just my favourites), and not really caring because there seems to be a lot of fishy winners lately. I'd have more respect for awards if more worthy people won them. Filmfare I'm mostly okay with, though.

But really, I've been looking at filmfare awards results, and what puzzles me more with those is the nominees and not the winners! The winners are fine, but nominees? Deepika as best actress for OSO? I'm not a Deepika hater, but that's ridiculous. Kareena best supporting actress for K3G and Rani for Saawariya? A.R. Murugadoss best director for Ghajini?

Anyway, back to the point! I don't really care for awards obsessively, but it is nice to see skilled people in the industry get recognition every now and then. It's not as if awards make or break a film, like you said, but how many people will remember it. Take a look at Kaminey. Not many awards so far, but everywhere it's 'dhan te nan' and Charlie's lisp. The biggest reward or 'award' is the audience loving your film, as far as I'm concerned.

The filmfare awards have always been a farce. It's purely an exercise in ego-stroking and publicity. It would be nice if we had organisations like the Academy where people who are in the business vote in their areas of expertise.

The National awards are better, but it's quite possible that they are getting influenced by the Bollywoodisation of pop-culture too.


I don't put much stock in Oscars either, but at least the ones to do with direction, cinematography etc. can be good indicators of relative quality.

I guess I don't care about awards too much. There are too many good movies/performances in any given year in any film industry to say one of them was the best. It's futile to even attempt such a ranking.

And if I may just rant a little bit about Avatar. Have you actually seen the movie ? I find it hilarious that the same crowd that laps up Indian masala dreck as sublime entertainment looks down their nose at Avatar, which is nothing but Hollywood masala, and a superior form of that on top(compared to the Transformers movies, for example). It's a very entertaining film, and a fantastic technological achievement (If you haven't seen it in IMAX 3D,you're missing out)

I don't mean to be harsh in the last bit. I love your blog and your perspective on Indian movies. I guess like you look down on Avatar, I am snooty about Indian film too :-)

rhilex - Yeah, nominations can be rather peculiar. Especially at Filmfare where they can nominate somebody twice for the same award (Amitabh during some year IIRC). And Deepika for OSO makes no sense, she didn't have much to do other than to look pretty..

And I agree totally, the true award is people embracing a film, in the box office but most of all in terms of culture, reciting lines, enjoying the music, recommending and remembering the film years after it left the theaters.

Amol - I have seen Avatar, in 3D. Couldn't bother finding out if it plays in IMAX and if it does, where. But the presentation was good enough, I enjoyed it as a film experience. My problems are really with the story, and the enormous over-appreciation of people being amazed to the maximum by the technological achievement. If the future of film-making is a CGI hologram forest, but with a story that falls apart upon closer inspection, I would actually rather watch Salman Khan dance.

It's difficult, because I can't honestly say whether I judge all movies on the same standard, or whether I take into account the context of the film being made. In the end the standard is the same; my own personal level of enjoyment. But of course that's influenced by a lot of outside factors. And I admit I can be fairly forgiving of certain things like lack of technical skill when it comes to Indian movies, especially older ones. At the same time, what they may lack in CGI, they often make up in glorious cinematography.

Anyway, I don't want to get too deep into the problems I have with Avatar's story in this thread; if you're keen to discuss them, you can email me: culling.songs @ gmail . com.

National Awards for Priyanka is for me just another sympthome, that this world is ending. Even Ash was better in JA...

Hindi movie rules the whole concept of Indian cinema which is so unfair that I have no words.

I'm only happy, that NA for regional movies are deserved more :)

I'm annoyed by all film awards these days (yes, even the ones where SRK wins :P ) Saif winning for Hum Tum, when there were many other people that deserved it that year, including SRK in Swades, really did it for me. There's no credibility left, anywhere. Even the National Awards. And it's sad. :(

Louella - Good point about Ash, totally forgot that performance being in '08. Really liked her in it.

Reema - I don't know about SRK in Swades, sorry (good performance but not his best and damn boring movie), but if you wanna reward Saif for 2004, seriously, why not EHT. Strange.

And what about the special award created on short term for Katrina just because she felt offended?... I am speechless.