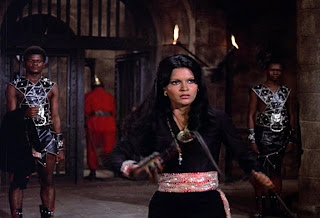 My choice with the picture for this post went something like this, "Oh if Bollywood stars had their own exclusive Twitter site, it should called be Sheroo for the falcon in Dharam-Veer or the pidgeon from Maine Pyaar Kiya. But dammit, I don't have a screencap of either. Oh well. Have a screencap of foxy Zeenat Aman."

Celebrity tweets. We all follow them, we rarely get anything too satisfying out of them. But since my post on Uday Chopra was so successful, I decided to weed through them anyway for some wisdom. Or pseudo-wisdom. Or whatever.

I love the heckins out of Siddhu (who on Twitter corrected the world he has no last name, so the whole Narayan meme is false and not to be used) but sometimes his idle tweet-sized thoughts, like those of many celebs, make me think they should learn how to blog before they tweet. Short thoughts are fine, but tend to need expanding on.

Please don't run through life. Stop to smell the flowers. Sometimes they have no scent, but mostly, smelling flowers is fruitful... Jan 2010

I know this is just an old riff on "Carpe diem", the classic, but really now. Smelling flowers is the least fruitful thing you can do. And as for flowers having no scent? Then they're fake and obviously not worth sniffing! Go, run, do whatever you must! No wonder actors are late for shoots..

If something is worth fighting for, I stop analyzing and go for it. I can't play games. I'm tired of being told what to do. Enough nonsense! Jan 2010

The rest of his tweets are very mundane, promoting his new Hindi release Striker and otherwise sweet. So moving on.

I think this guy's been in some movies so I thought I'd take a look at his Twitter.

do u think of the future.not like the future tomorrow and what u will have for breakfast. but the long term view & how the world will change - Jan 2010

Dude starts off light. Just a little bit of future speculation, quoting George Carlin in the mix. I'm a wild child, Shahrukh. I don't even think about what I'll have for breakfast. I don't stop to smell the flowers, I grab them as I run. Anarchy!

I enjoy a bit of low fat gravel. (But seriously, I chuckled at this entry.)

An anonymous poem recited by him ...on Twitter. New media, meet old media. Old media, prepare to get absolutely slaughtered. I want to pat this poor poem's head. And it ain't SRK's fault but man, don't recite poetry in 140 characters. C'mon man!

Typo AGAIN!! Courage doesn't always roar. Sometimes it's the quiet voice at the end of the day saying, I will try again tomorrow.

I have finally found my traffic song..... "Move b?#*@ get out the way" - mystikal and ludacris. MINDBLOWING!

Yes! Coffee consumed! Feeling like leo in titanic (before it sank)!! KING OF THE WORLD!..ok just met dad. Back to pauper status! Ahh life.

I have nothing to say, apart from how I wish I had Abhishek's sexcellent taste in hiphop and even just a quarter of his joy d'vivre.

One thing that strikes me as a go through Riteish's twitter is that I've got nothing against the dude, but as I read his twitter, it's just so magnificently boring. He does actually have some - short - commentary on what he reads in the papers and the films he watches but in general none of it is snark-worthy. Sigh.

I can't really snark this tweet because it just annoyed me when I read it (though I typically enjoy following Lara's tweets, which are never stupid or even incredibly dull) and even more after I actually saw Avatar. Bigger isn't better. Even most Hollywood films can't reach Avatar's insane budget. Or the crappy, clichéd storyline. If a measure of a movie is really how much money is spent on it, it's a sad, sad state of things. Here's an idea; make a movie that's good with less moolah, make your money back easier, and everybody benefits.

We get it's cool that people are supporting you. It's wondrous to be a filmstar and get to interact we fans. We get you want to be grateful. But for god's sake, step it up. Everytime you begin typing "thank you", stop, and type something else. Type a song lyric. Type a half-assed quote. Type a piece of wisdom, even if it's "food is for babies". Anything.

Do it for your followers. But most importantly, do it for me. I quite like doing these posts.

With love, affection, and anticipation for all your releases, no, really, I'm not being sarcastic ...or am I?

posted by veracious at 1:00 PM

I have to say that @iamsrk is providing entertainment with his tweets.

for you next snark installment, may I recommend @shahidkapoor's txt-tastic Hinglish tweets?

I would suggest @vivek_oberoi too but how could you snark him - he's like a puppy!

Omg. XD This is so awesome. Seriously, do more posts like this.

I mean, I love some of these guys. But some of their tweets are so... so. :P (I mostly giggle at Abhishek's. At least he has personalityin his tweets!) It shows that they're, you know, NORMAL people, not gods. And normal people post nonsensical tweets sometimes. Like me. XD I'm sure we've all had our share of boring or wtf tweet days. :P

loved your round up of bw tweets! My favourite Bollywood celebrity tweeter is Rahul Khanna. Now there's someone whose tweets are rarely boring and often witty.

Ok, my sister and I were loling everywhere at SRK's poem. XD

Of COURSE Lara thinks budget is the only real factor in a movie. She signed Blue, didn't she?! :P

I suggest snarking on Genelia or Vivek for their crammed netspeak tweets. Ugh. XD

I have found Bollywood celebrity tweets to be both entertaining and D: inducing all at once. It's like... the illusion is gone. I'm something of a snob when it comes to people using proper grammar/spelling online, so seeing my fav stars type like twelve year olds on Myspace is... odd.

I think I like Pritish Nandy the best of all the well-known people I follow. He's always opinionated and never dull, even when I totally disagree with him.

(And though I love me some Shahid [duh] I have to agree with rossywar. Textspeak doesn't belong on Twitter unless you're running out of room or on a DM.)

I second the vote for @R_Khanna - his tweets are always entertaining, PLUS he has this fondness for posting hot pics of himself at the gym. How could you not love that? LOL!

I am loving @iamsrk's tweets too, they make me laugh. The one I liked the best was the one where he was like "God, so much for being private and shy" HAHAH. Plus Abhishek just comes across as awesome (and Riteish actually comes across as less boring when you see the tweets him and Abhishek direct at each other). Love these posts, great idea! If only Saifu were on Twitter, eh?

Great post!
I have to say that I was somewhat surprised that ShahRukh's tweets are really funny, in a dry, minimalist kinda way.

I thought Riteish comes on as rather sweet and unassuming, mainly because he loves his dogs, posting pics of his new puppies etc, and I'm such a softie when it comes to dogs that I'm immediately won over..

I'll second the best tweet prize for JuniorBachchan - who'd thunk that he has such a witty sense of humor?

I second ajnabi's comment on Shahid's grammar. Love the guy, but his tweets wound my inner grammar organ so badly that it dies and needs a transplant. (then again, so do my boyfriend's tweets, so...)

I third the suggestion of Abhishek for best celeb twitterer! That's it-- I'm putting up a post tonight where you guys can help me pick finalists, then we can vote a week later, or something. It can be for best bolly celeb twitterer 2009! =)

I always enjoy ur posts, and this one is no exception. Really smart analysis Veracious- good stuff. I have to say, I do not enjoy SRK's tweets- I cant help but wonder if they mean anything or if they are purely for effect. And I agree that Riteish is bland- he'trying, he's trying.... :)

I love me some Abhishek too, but Rahul Khanna is by far the best Bollywood celebrity tweeter. He always fits whatever he wants to say within the character count without resorting to txt spelling and its always witty and funny. Plus, you get a sense of what he's up to (reading a script, yoga, working out) without him simply stating it.

If you're not following him, you really should! @R_Khanna, You won't be disappointed!

Rahul Khanna definitely does the most clever and witty tweets, although Abhi is excellent too - it's suprising what a huge footy fan he is, and he does have great taste in music. I actually really like Riteish's tweets, partly because they are so 'ordinary', often quite serious, and generally and out of keeping with his whole slapstick comedian onscreen persona. I find them quite sweet.

I am SO late on posting this, but did you read recently the sort of dribble SRK was posting a few nights ago? I mean it was quite cute, funny, newbie hillarious but just SO SO SO random!

I agree, Abhishek has the best tweets, and so funny, there was the one the other where he said breaking news, stubble is back on.