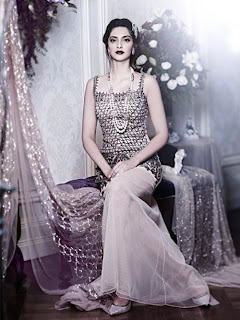 In my blog's sidebar I have listed a bunch of things I enjoy in Indian films. Of course, I have favourites in actors, actresses, music directors, playback singers and directors - sometimes even production houses and other crew members (I sometimes will surf cinematographers' filmographies to get a sense of their capabilities and style). Then there are things I enjoy that do not fit in these categories but are rather about genre, or plot stereotypes or something similar. I wrote the sidebar thingy as a sort of an introduction into my tastes - why somebody may disagree with it, and why somebody else may relate to it. This list used be in this entry from 2008, and stayed the same until I updated it in 2012.

This is the updated version.

dishoom-dishoom - ..also known as the gun-noise that Amitabh Bachchan makes in the classic film Sholay, but has essentially become the term that describes action scenes packed with sound-effects, whether ones for gun or for the hero grabbing twelve bad guys by the neck and throwing them around. I guess what I'm saying is I enjoy action, and for the most part can stomach endless amounts of film violence no problem. Whether 70's angry young men or film heroes of Tamil Nadu, it all works for me.

awesome ladies - Let's be frank about this. A lot of what I watch is very male-centric, as is most Indian cinema, hell, as is most cinema. But that doesn't mean I don't have a taste for cool female characters, be they kickass or more subdued. See also: my favourite Hindi film heroines.

spoof / satire / meta / filmi inside jokes - These all seem to fit under the same umbrella in my books. Essentially what I mean are jokes in films that wink at the audience. When a heroine asks Surya's character in a film which actress he likes best and he replies "Jothika." (ie Surya's real life wife and former co-star), that's what I mean. Most of Om Shanti Om is what I mean (though with the caveat that I didn't absolutely love OSO as a whole). When Salman Khan in Dabangg begins to dance to a ringtone of Jalwa (song from a previous Salman Khan hit, Wanted), that's the sort of stuff I mean. And it's something I really, really love.

70's masala - See also: 70's week posts. I like the concept of masala: the idea that a film should encapsulate just one genre but all of them. There should be music, action / thrills, swoony romance, comedy and maybe even a social message to tie it all together. I find that probably the best masala films were made in the 70's, and that's also when a lot of favourites of mine (Vinod Khanna, Dharmendra, Neetu Singh, Hema Malini) did their best work, so that's where I typically go for my masala cravings.

comedy - There are about as many tastes in comedy as there are people. In general, the David Dhawan / Sajid Khan / Anees Bazmee big cast dumb comedy is not my thing, but then there are exceptions. Mostly my taste is either dumb-smart like Andaz Apna Apna, or black like Jaane Bhi Do Yaaron, or romantic comedy like Hum Tum. My favourite Tamil comedian is Vivek, Rajkumar Hirani is a god and most of my favourite actors also excel at comedy. That about sums it up. I also have a healthy appreciation for unintentional comedy.

actors singing themselves - From Kishore Kumar to Vikram, from Ali Zafar to Aamir's "Aati kya Khandala?", it's all good.

classical dancing - I especially like Bharatanatyam, but also have a fondness for Kuchipudi. I don't discuss this a whole lot, not being an expert, but it's something I absolutely love to find in films, and why Minai's blog is a must-read in my books.

filmi rock - Whether films like Rock On or just awesome, rocking songs like Beedi from Omkara, I love it all.

pensiveness - There are films that are thoughtful and slow-moving, but not quite art/alternative cinema. I confess I've always been bad at watching art films, but I enjoy a lot of films that slot somewhere between commercial and art cinema. I guess what this really means is that I don't just have a taste for the loud entertainment, and can also digest different types of films.

Very much with you on the metahumour. In any medium really, but especially films and tv shows.